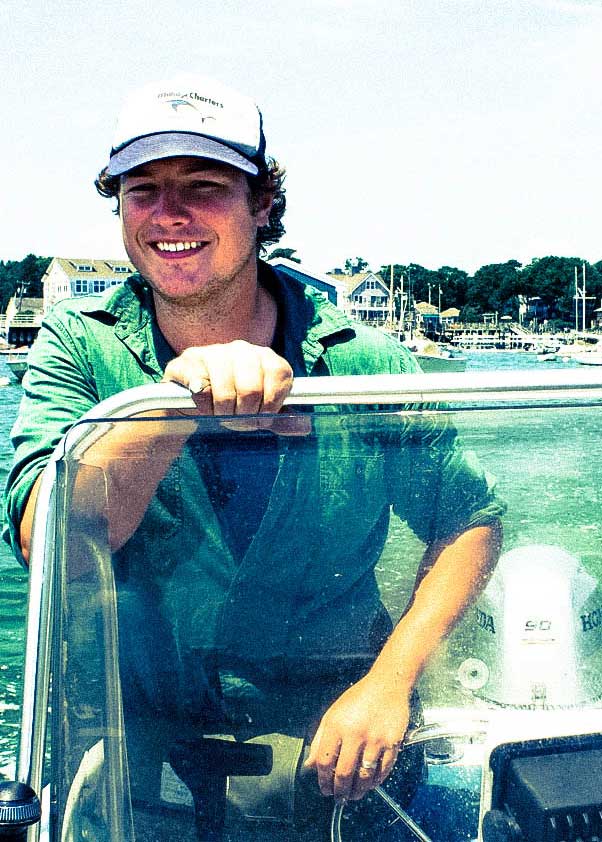 Duxbury native Chris Sherman is president of Island Creek Oysters and also runs the non-profit Island Creek Oysters Foundation.  In addition to being the ECSGA shellfish dealer representative, he serves as president of the Massachusetts Aquaculture Association and sits on the board of Caribbean Harvest Foundation (a Haitian non-profit). The Williams College grad majored in English and Maritime Studies and spent six weeks in Dartmouth’s Tuck Business program before embarking on a sojourn that would find him helping to run a super-yacht builder in New Zealand and writing treatises on humanity in the Northern reaches of Maine with a few stops in between. Chris grew up working on Duxbury Bay (he used to commute by boat to his job at Brewer’s Boatyard in Plymouth).  He lives in Duxbury with his wife Erin, a gaggle of screaming little people who claim to be his children, and loyal hound (also head of ICO security department), Scoter. Chris can be reached at Chris@islandcreekoysters.com.