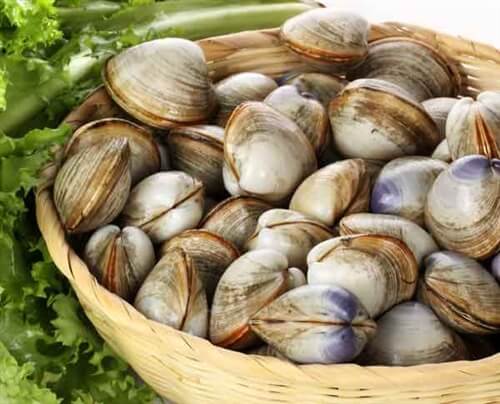 Fresh bread crumbs are moister and will absorb more liquid than the dried kind, making them perfect for soaking up the flavorful clam juice in this recipe.  To make them, simply put cubes of fresh, sturdy bread (like a baguette, Italian loaf, or country-style loaf) in the food processor and process until it turns to crumbs. Clam varieties: Several varieties of hard-shell clams are commonly used in cooking.  They range in thickness (measure at their hinge) from over 3 inches to under 1 inch.  In general, the smaller the clam the sweeter (and more expensive) it will be.  Quahogs (also called round or chowder clams) are the largest, and are often used for chowder or stuffed clam dishes, followed in size by cherrystones, topnecks, middlenecks, and littlenecks. Waldy Malouf is the Waldy Malouf Senior Director of Food and Beverage Operations at the Culinary Institute of America Restaurant Group.  Acclaimed for his work at some of Manhattan's most high-profile restaurants, including the Four Seasons, the Rainbow Room, and Beacon Restaurant in New York City, he has been named a Great Chef of New York many times by the James Beard Foundation. His first cookbook, The Hudson River Valley Cookbook, was nominated for an IACP/Julia Child Cookbook Award. From "High Heat: Grilling and Roasting Year-round with Master Chef Waldy Malouf" by Waldy Malouf and Melissa Clark, 2003, Broadway Books, a division of Random House, Inc.