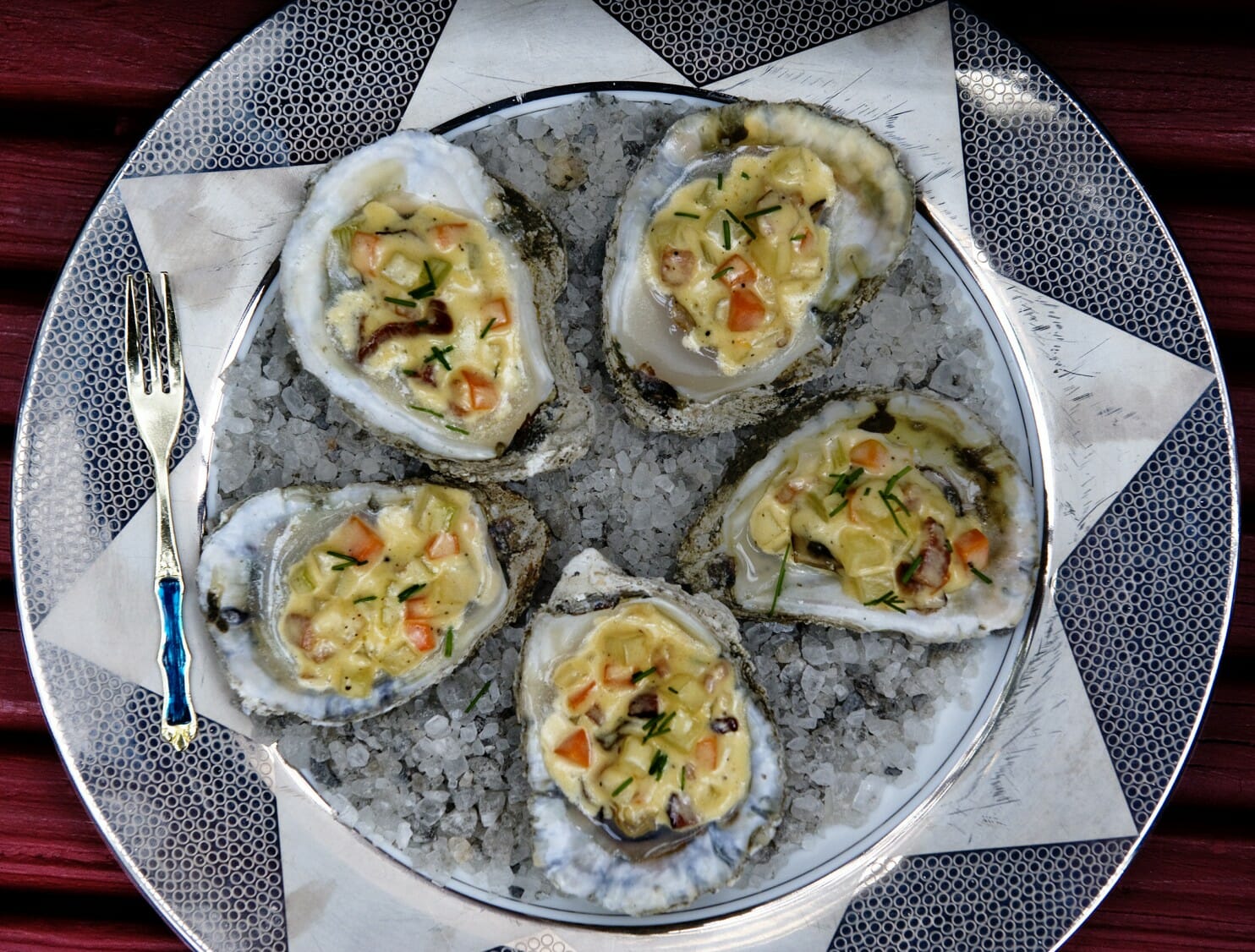 Taste one of the oysters that you will be using to check the salinity level, then adjust the salt in this chowder accordingly. The idea is to spoon in concentrated chowder and let it meld with the oyster's liquor. Remember that the seasoning of the cream mixture should be assertive, because it will be diluted when it mixes with the liquor of the oysters. Make Ahead: The cream-and-vegetable mixture can be refrigerated a day in advance and reheated. The oysters can be opened a few hours before you plan to use them. Set them in the foil bed as described in the recipe, loosely cover them with damp paper towels and refrigerate until ready to roast. Photo Credit: Bill O'Leary/Washington Post