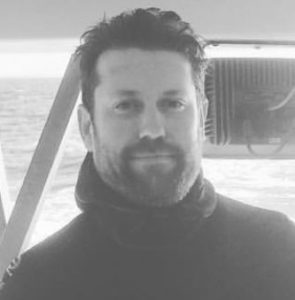 After working on farms in Rhode Island for several years, Ben now runs the marketing department for Briarpatch Enterprises, Inc. in Milford, Conn., selling clams and oysters to local restaurants and to wholesale customers far and wide. He also consults on legislative issues and government affairs at the local, state and regional levels. Ben is aspiring to start his own small-scale oyster farm, called Red Rock Oyster Co., in the Thimble Islands (Branford, Conn.)

This area is special to Ben, since it’s where he grew up and first developed his passion for oysters as a young boy. A lover of all things oyster, Ben had a blast serving as the emcee at the Milford Oyster Festival Shucking Competition last year, and enjoyed his experience walking Capitol Hill with the North Team in March 2017.